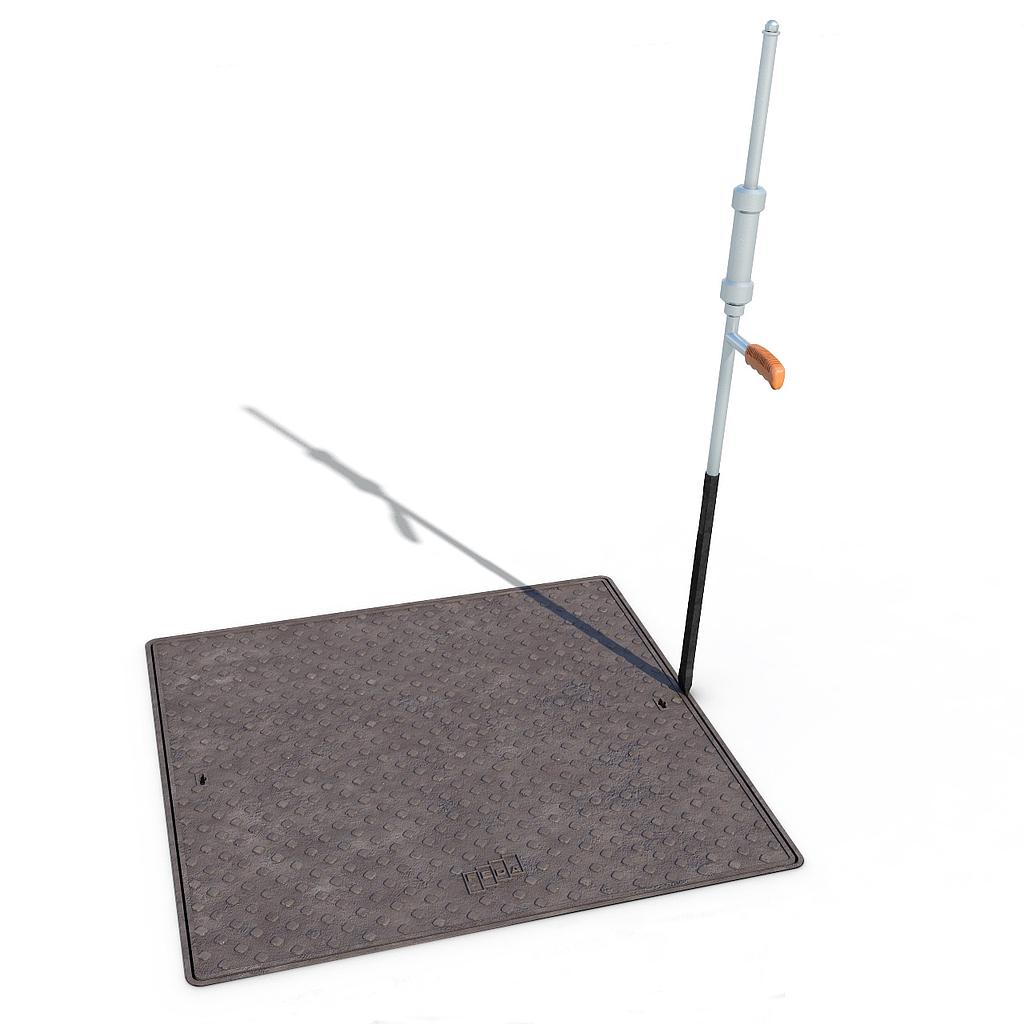 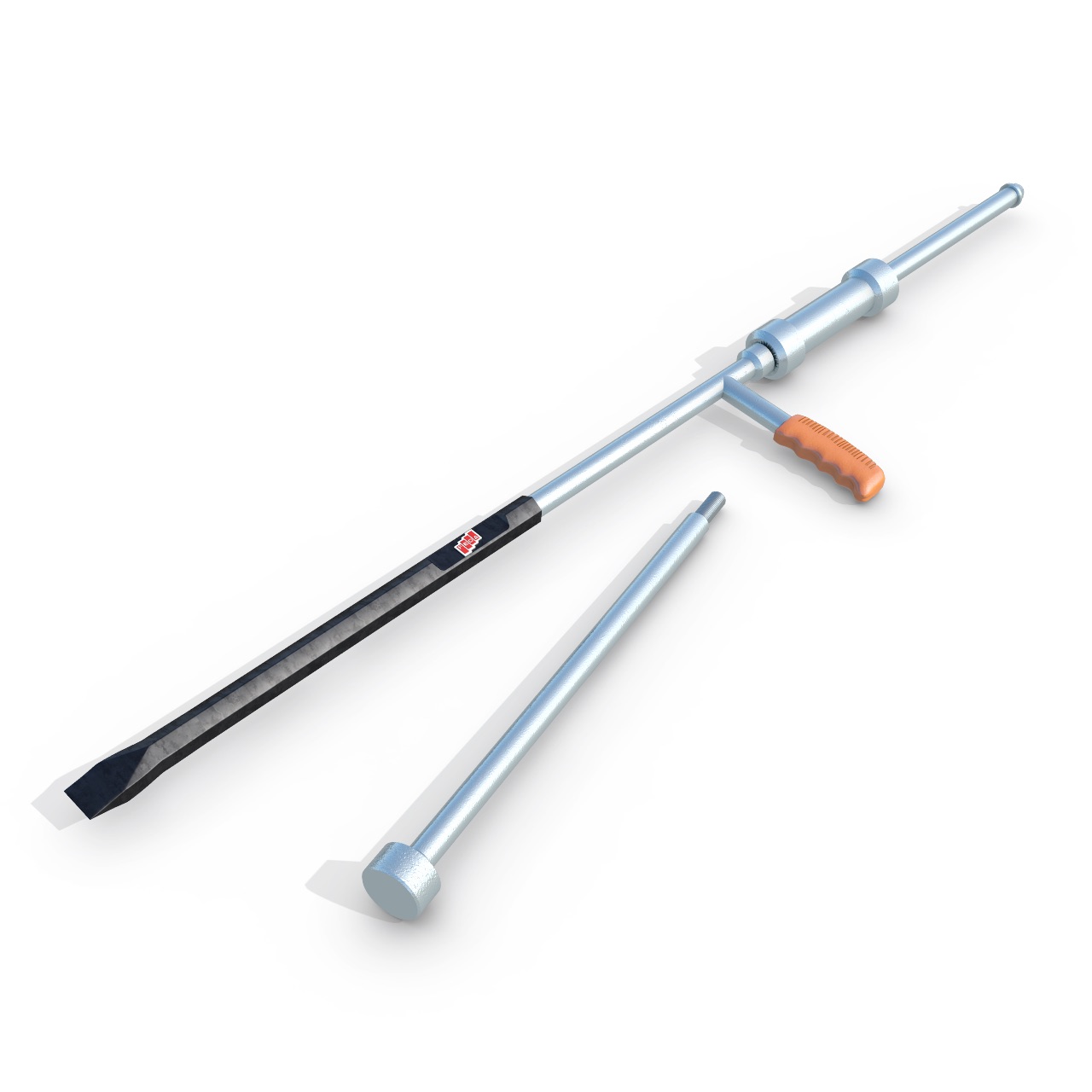 Impact is the striker for unblocking manhole covers that are particularly difficult to lift due to fouling caused by tar, frost, salt and various sediments, oxidation, soil deformation

It is made with interchangeable terminals in special steel (one with a flat point and one with a pestle) and is designed to concentrate the energy of percussion at the exact point where the fouling is present, i.e. between the edge and the frame of the manhole.

The use in conjunction with manhole openers, which keep the lid in traction while striking, is the quickest method of unlocking even the most encrusted manhole covers.

Impact is used in an upright position, thus limiting the risk of occupational diseases due to incorrect posture. The impact system is designed to prevent the formation of dangerous cast iron splinters that can cause eye injuries.